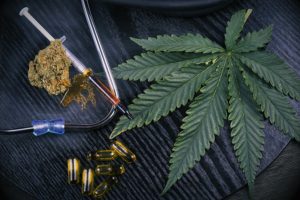 In recent years, scientific studies of marijuana have shown promising results in the treatment of a variety of ailments and illnesses, by helping to alleviate symptoms. Don’t worry if your ailment doesn’t appear on this list below. Patients can still be certified for medical marijuana for any other ailment/condition of the same severity/symptoms, when determined by a physician’s opinion that the medical use of marijuana would surpass any potential health risks.

Medical Marijuana; a review of the benefits of cannabinoids in treating various conditions

Marijuana has long been castigated in social circles. This has mainly been because it is a schedule two drug in America and because people only associate it with the psychoactive properties. However, marijuana has numerous proven medical benefits that touch on every part of the medical spectrum. The non-psychoactive component, cannabidiol, has been found to have amazing healing properties that have led to its legalization in the United States. As many as 29 states have legalized the use and distribution of medical marijuana devoid of the psychoactive properties. However, it hasn’t been a smooth sailing road.

The legalization of marijuana in different states is an odd ball since it is a clear violation of the federal criminal law. Regulatory agencies like the DEA and the FDA have also made advances in marijuana legalization problematic. According to the two, marijuana has a high likelihood of abuse even when taken under medical supervision. Absent to them is the fact that medical marijuana cannot induce the “high” in any way.

In recent times, there have been great advances that have helped the medical community understand the potential of tetrahydrocannabinol and other cannabinoid extracts. Positive results from clinical trials show that cannabis can be used to manage spasticity due to multiple sclerosis, and neuropathic pain, among many applications. Furthermore, if you suffer from any of the following conditions, medical marijuana might help…

In research carried out by Zajicek,J et al. (2003), tests to investigate the use of cannabis for spasticity and neuropathic pain from multiple sclerosis showed that dronabinol was effective, .25 mg of the cannabis extract was seen to reduce pain considerably. The preparations showed such efficacy that matched non-opioids used to treat the same problems. Such tests have also been carried out with nabinol, another cannabis extract, although more studies are needed before it can be declared as effective.

One of the most common after-effects of marijuana use is a big appetite. It is one of the tenets of marijuana culture that you have some food to snack on as you smoke. Appetite stimulation has nothing to do with smokers getting high, even though some misleading publications have put it that way. In cancer research, doctors have shown that the use of cannabis keeps patients from wasting away due to a lack of appetite. Cancer patients going through chemotherapy usually lose their appetite and experience nausea and emesis.

In their research, Tramer MR etal. (2001), found that dronabinol and nabilone could be used to induce delayed nausea and emesis from chemotherapy. The cannabinoids showed such impressive results in the clinical trials that they out did neuroleptics and metoclopramide which are the mainstays for such treatment. Cannabinoids could also be effective for alleviating anorexia, weight loss, cachexia and early satiety, which affect patients in later stages of HIV and cancer. In many ways, research has shown marijuana as a substance that could be beneficial in countering the effects of some illnesses even though it might not attack the sickness itself.

Alzheimer’s disease comes with old age and slowly wipes out the patient’s memory to the extent that they cannot live a normal life. In a study led by Kim Janda, tetrahydrocannabinol (THC) was shown to slow down the progression of the disease. Janda, from the Scripps Research Institute, demonstrated that THC slows down the formation of amyloid plaques. This is achieved as the component blocks the enzyme that makes them in the brain. Being the psychoactivecomponent of the drug, this would mean that patients who used extracts designed for such treatment would experience the famed “high” of marijuana. The study, published in 2006 in the journal Molecular Pharmaceutics, is just one among many that have uncovered medical properties from the psychoactive part of the drug.

It is one of the most spurring indications that marijuana could hold more medical benefit than we could ever imagine. The idea that cannabis could have some healing properties that are effective to cancer patients is utterly mind-boggling. The thing with cancer cells is that they do not know how to die. As odd as it sounds, the cells have no gene that would initiate death. With respect to medical marijuana, there have been animal trials that have shown positive results. One cell culture study showed that purified marijuana extracts from whole plants can slow the growth of cancer cells. The study was carried out using rodents as test subjects and was effective for one of the most fatal tumors of the brain.  A study by Scott KA et al.,( 2014) showed that THC and CBD could help to kill cancer cells. The study combined the use of radiation treatment and the extracts and found that the combination had increased efficacy.

At around 2016, there was a lot of hype around the effects of cannabis on the treatment of epilepsy. The excitement around it was pushed even further when a CNN documentary showed the drug being used to treat seizures. In the documentary by Dr. Sanjay Gupta for his show Vital Signs, a little girl used marijuana to curb her seizures. The moving scenes of the little girl going from 5 attacks a day to 3 or 2 went a long way to change the general perception of many people about the drug. However, the actual use of cannabis extracts in managing epilepsy has yet to become implemented on a large scale. That being said, it is worth noting that there has been a cannabis-based epilepsy drug that went through stage two trials in the United States. The drug, Epidiolexfrom GW Pharmaceuticals, was tested extensively but is yet to go into commercial production.

In many cases where medical marijuana can be used for treatment, there is always the hurdle of proof of efficacy. This is made even harder by the legislative hurdles that come with research on the drug. As a schedule 1 drug, it is very difficult to go through the legal technicalities involved in the whole process.However, there is an ember of hope that enforcement against the drug will loosen up as more data unveils new truths about marijuana.

Cannabis is legal in the state of Florida

Progress in legalization has made cannabis available in many states where previously, possession and sale of the drug would earn you a jail term and a fine. Medical marijuana has been legalized in the state of Florida and patients can use it pursuant to a doctor’s instructions for whatever medical condition they seek to alleviate. We are one of the few clinics in Florida where patients can see a board certified physician to obtain medical marijuana recommendation for prescription, so reach out to us right away at 954-586-2273 if you are a patient of any of the conditions discussed above. We are located in Margate Florida minutes from Coral Springs, Coconut Creek, Tamarac, Parkland, Pompano Beach, Deerfield Beach and Boca Raton.